bd2 blog / It's a question of trust

It's a question of trust

It’s very gratifying when you reach a point in any client relationship when they ask ‘so, what do you think we should do?’ That point is only reached when there’s a high level of trust which has been built up, usually over a long period - often many years - of repeatedly successful project delivery. Only then does the client really want and trust your advice. Getting there means continually delivering on promises and demonstrating appropriate expertise which also adds value. Sometimes it means speaking out and even risking the relationship by giving honest advice where you believe they are heading down the wrong path or even making mistakes. Assuming they don’t fire you, and as long as you’re proven right, then ultimately it builds respect and that all important trust, which has to be earned.

It’s safe to say our near 20 year relationship with The Senator Group, the UK’s largest office furniture manufacturer, has been 'a journey' as they say. We’ve built numerous sites and been through many different technologies and tried different approaches. There’s inevitably been some ups and downs on the way and it's fair to say that some solutions were more successful than others. There was even a trial separation when a new marketing director was appointed. She was a highly experienced ‘big hitter’ with a remit to expand their online presence. She felt that in order to do so the company needed to move up to the ‘premier league’ in terms of agencies and put a completely logical and fairly indisputable business argument together as to why they should switch to one of Manchester’s biggest and most highly regarded agencies, part of the global Mediacomm group. Whilst the business owner had made it clear he favoured staying with bd2, he had to accept her rationale, as did we, albeit reluctantly. We’d already been working with Senator for a good dozen years or so by this stage, and had built up a great deal of knowledge about their products, markets, target audiences and, perhaps most importantly, we had developed strong working relationships, none of which the new marketing director seemed to value. Ultimately and for many different reasons, the decision didn’t end well. A new site was launched eventually, but with a surprisingly high number of technical issues and, significantly, the client went from being a big fish in a small pond to a small fish in a big pond so didn’t feel the same level of TLC. The grass isn’t always greener as they say. The marketing director left. And we built a new platform.

That platform, which we built by creating a bespoke headless CMS in Umbraco before Umbraco themselves had even developed one, powered all their various brand and global sites from the one core system. The solution has worked worked well but has been inching its way towards end of life after a very successful 5 years or so. Discussions around a new site began a couple of years ago and started with that direct and gratifying question from the business owner: ‘so, what do you think we should do with our online presence?’

Following various discussions and informed by the cumulative knowledge built up over the last near 20 years of working together, we devised a new digital strategy collaboratively incorporating separate sites for each brand, new e-commerce sites, including a new direct to consumer site, and a ‘portal’ to act as a repository for their huge library of digital assets, with a focus on a broader content mix including video.

Ultimately the platform will be served by a new PIM server [Product Information Management] and integrate with their Dynamics ERP, although initially we’ve built a PIM into the CMS. The first stages of the strategy have now gone live with four new sites. The first is a new corporate site which is a completely new part of the digital strategy which provides a wealth of content on the company and its approach, history, environmental and sustainable initiatives, services and its global reach. 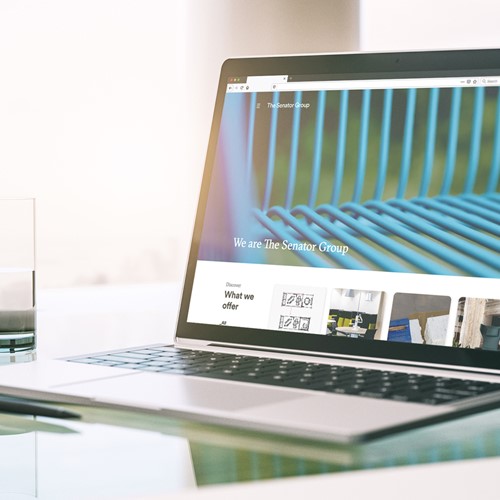 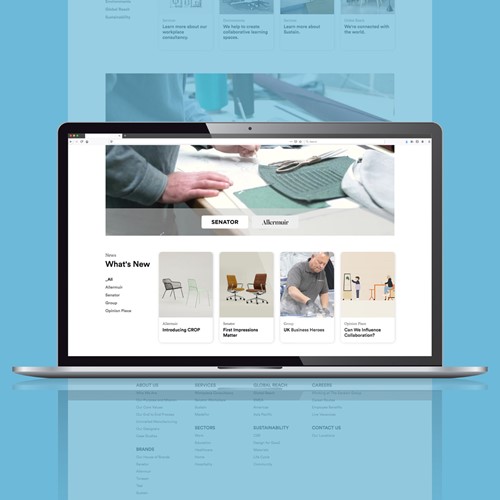 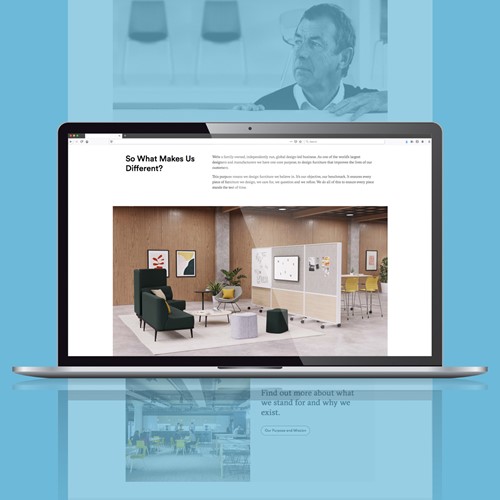 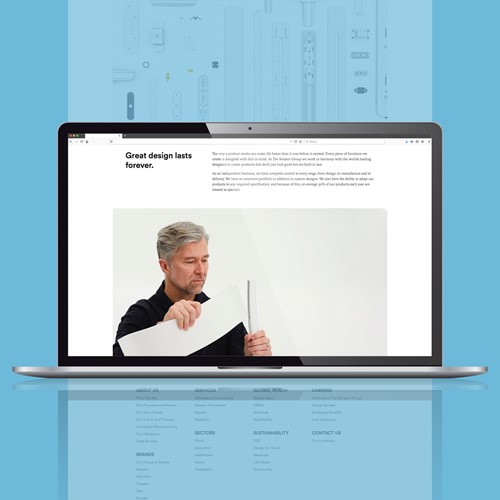 The second is a completely new site for the main Senator brand which provides a wealth of content on the Senator range of products including specs, imagery, downloads and a product configurator. 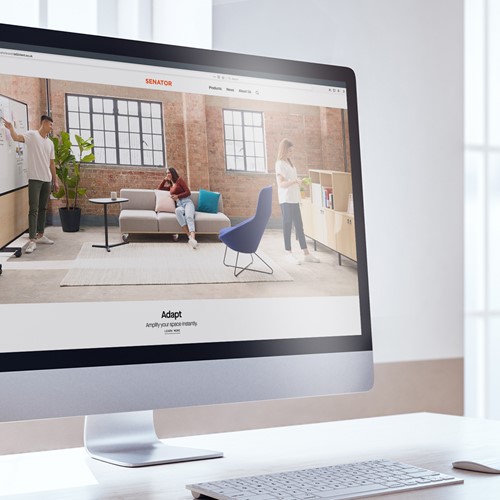 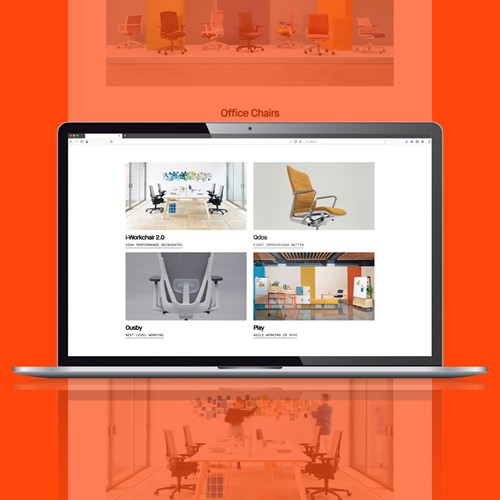 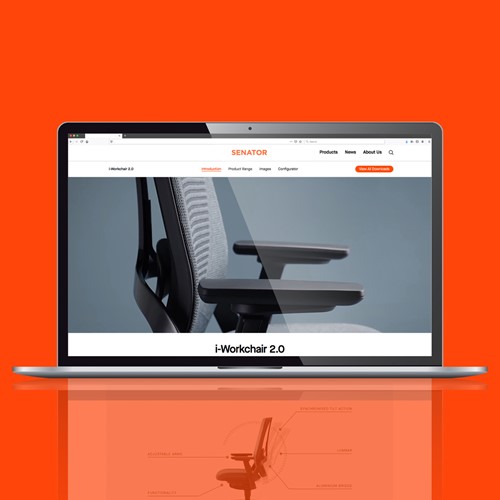 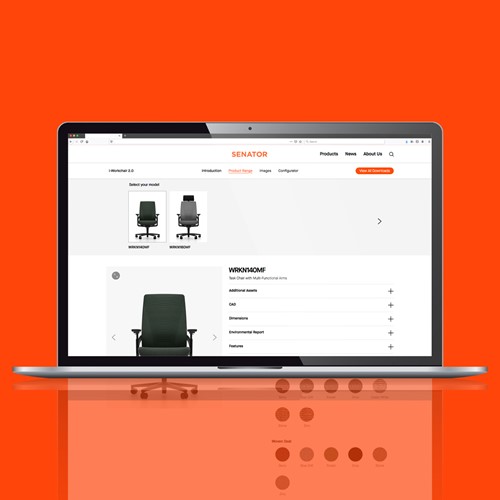 The third is new site for the key Allermuir brand which is focused on the hospitality and leisure markets. The site also provides a wealth of content on the Allermuir range of products including specs, imagery, downloads and a product configurator. 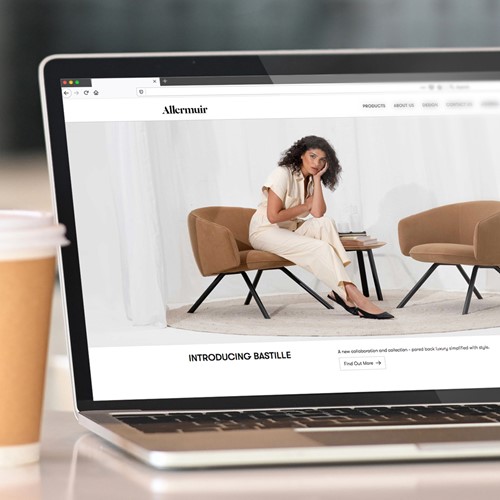 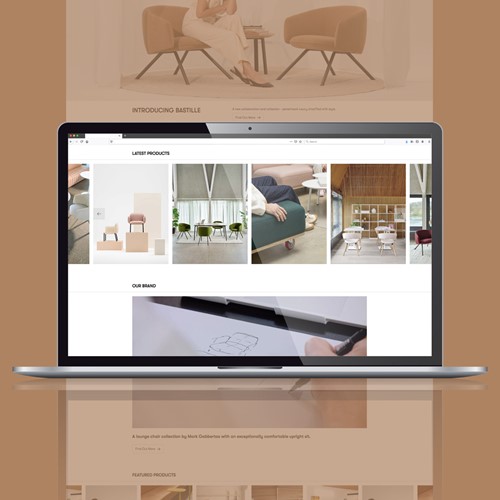 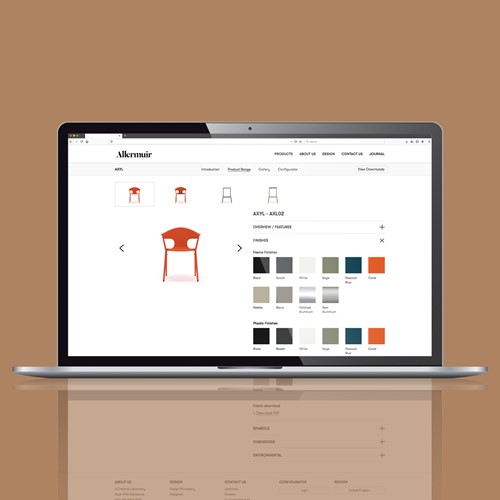 The fourth is new site for the Torasen brand which offers a comprehensive range of cost effective furniture solutions. The new site again provides a wealth of content on the Torasen range of products including specs, imagery and downloads. 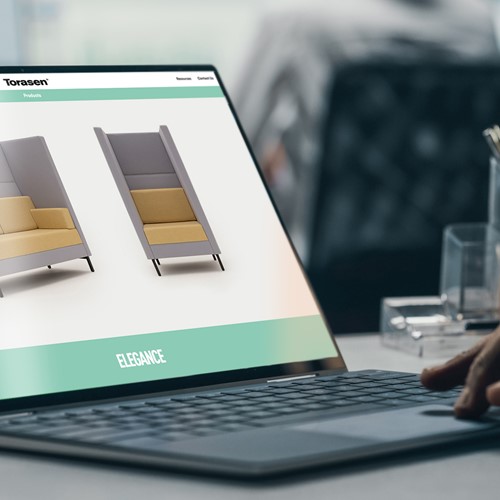 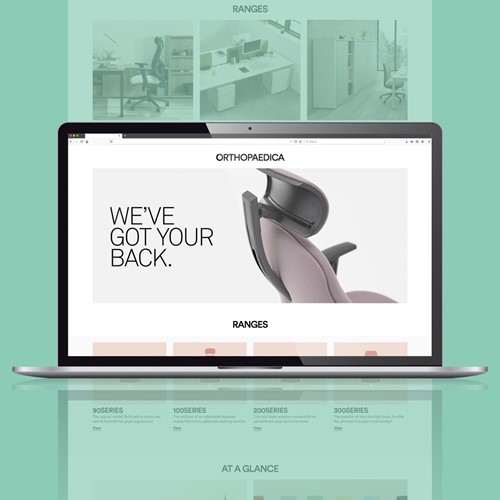 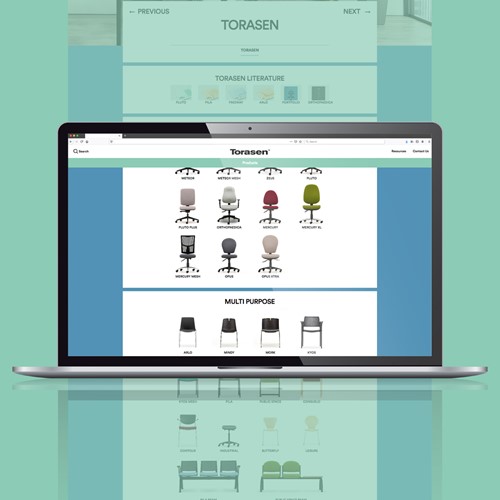 A fifth site is in the final stages of development and is due to be launched later this year and will provide an online repository for all assets related to products, such as imagery, CAD blocks and documents, with account facilities for users with a suite of tools. 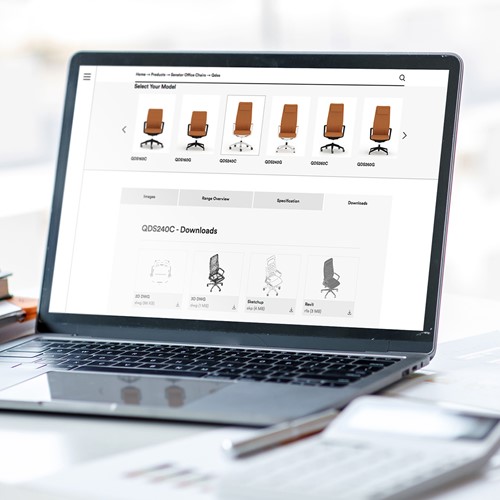